He calmly replaced a screwdriver with a gun... Jimmy Coates: Blackout notebook stuff

A lot of Jimmy Coates: Blackout was planned and written in this notebook: 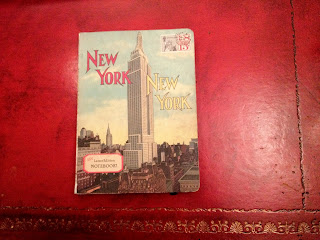 I'll be posting a few images from my planning and writing between now and the book's release on June 6th. Here's an early one. I do little diagrams in which I try to encapsulate the entire plot of the book, working out how all the tensions and conflicts between characters will interact with each other. 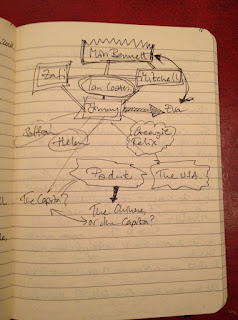 One more for now. This is a page of raw writing from the middle section of the book. It caught my eye because there's a particularly revealing correction. At one point I seem to have written:

He calmly produced a screwdriver...

Then immediately crossed it out and replace it with:

Instead of producing a screwdriver he pulled out a gun. 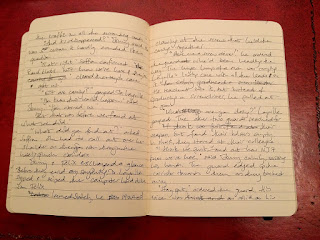 I think you're going to enjoy the book. More from my notebooks soon. 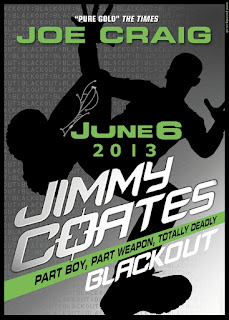 Most Popular This Month

Promote your Page too